Research report of the September 2021 Month 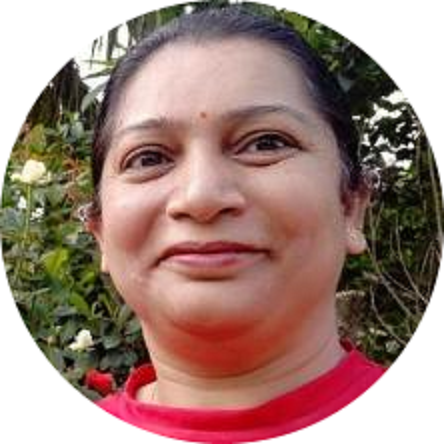 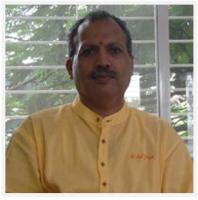 21st Century Indian women have not left any stone unturned in any field may be it house hold daily chores till the space technology. But while doing so have to face many difficult situations and life becomes exercise on a string. She plays different roles like sister, daughter, mother, wife, mother-in-law and actively participates in bringing up her children, their development, Education, Career Selection, Physical-psychological development , she herself is involved in some Job, Business, may be employee, Employer, Business Woman, professional artist etc. and supports financial needs of family. She is like a backbone of the family. She is hardly looking after her physical, mental or spiritual wellbeing.

Researcher feels that yogic practices, theories and therapies are now used widely for the development of society and as a yoga professional feels that it it researcher’s moral responsibility to use her knowledge for the betterment of every nooks and corners of human life. Man being a social animal with mind and brain which give meaning to his life and having his aspiration in different human intelligence.

Objectives of the Study

The eight week training program was conducted on 30 women of APS yoga and wellness centre. The yogic practice was given to them 6 days per week in evening sessions for 60 minutes. The eight week training program was constructed, instruction regarding how program was scheduled was given.
Omkar chanting and soham dhyan were used because numerous studies in meditation research indicate that significant physiological changes results from even limited practice (myrphy Donovan 1999), Shapio and Walsh (1984), Walsh and Vaughah (1993) study that measure the effect of intensive long term practice print to significant psychological benefits to spiritual sensitivity.

In the present competitional age, every person has to struggle for existence. In this race, men and women work together in each and every field. As compared to men, women have to perform many more responsibilities and for performing functions more efficiently. They require more physical as well as mental strength. There are many milestones in the life of women in her phase of life with different roles she plays. She may face different physical, psychological problems.
The Researcher being a yoga professional feels that it is her moral responsibility to use different Yogic Concepts for the welfare development of every hook & corner of the life. S.I. is a new concept of intelligence and Yogic practices are related to increase in S.I. So the hypothesis that Yogic practices like omkar chanting and soham dhyan can increase S.I. and play a great role in being beneficial to women to a great extent. To check the effect of S.I., a programme planned for which 30 women of APS Yoga and wellness centre were chosen randomly and pre-test was administered on them to know their S.I. using Roquan S.I. T and post-test was done after two months and the data collected was statistically analysed with the help of Mean, S.D., T test at 0.05 significance level was calculated. Results were studied after analysing and interpreting the data collected through Questionnaire designed by ROQUAN(2010). 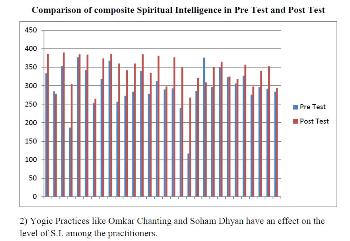 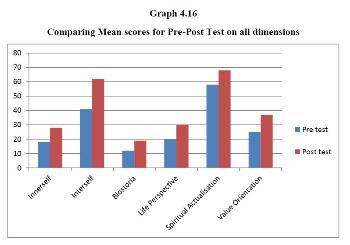 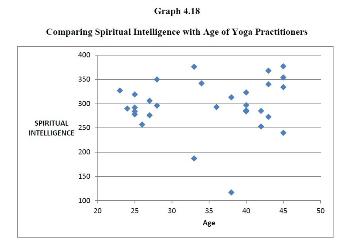 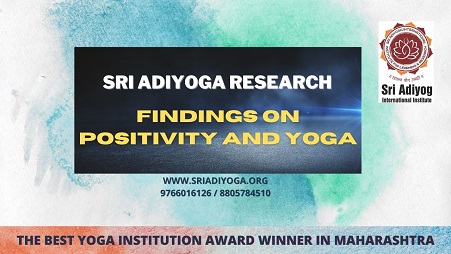 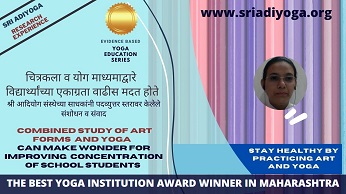 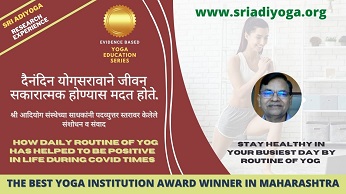