Asana of the Week

Kavi Kulaguru Kalidas Sanskrit University recognised diploma admissions process is ending on 15th October 2021.Following Diploma Courses are being offered by Sri Adiyoga International Institute for learning & research. All these Diplomas are of one year duration and offered in Marathi,Hindi,English languages. 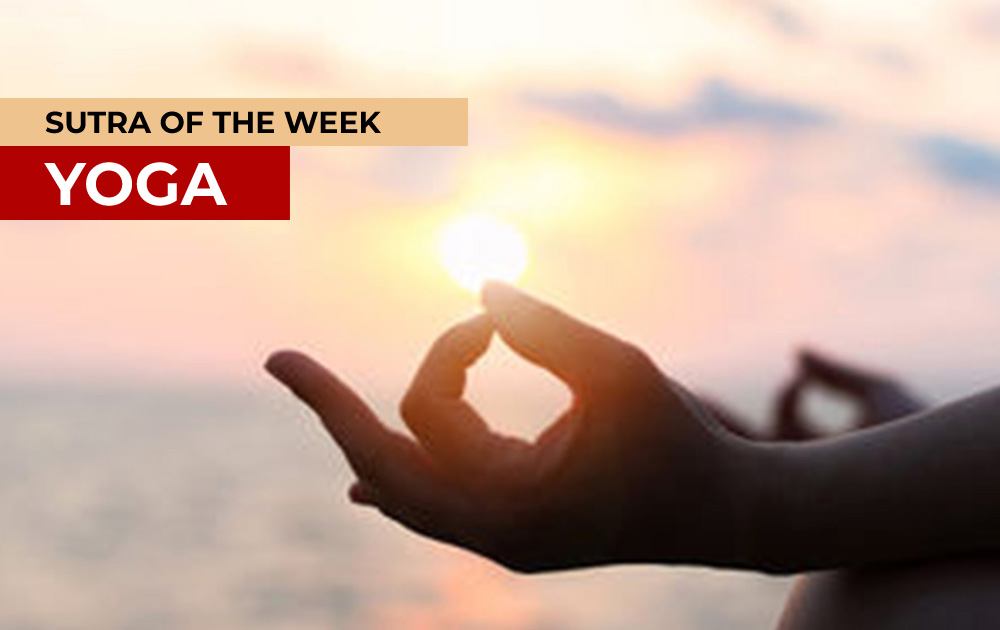 Sutra of the Week

The Yoga Sūtras of Patañjali are a collection of 196 Sanskrit sutras (aphorisms) on the theory and practice of yoga. The Yoga Sutras were compiled sometime between 500 BCE and 400 CE by the sage Patanjali in India who synthesized and organized knowledge about yoga from much older traditions The Yoga Sūtras of Patañjali was the most translated ancient Indian text in the medieval era, having been translated into about forty Indian languages and two non-Indian languages: Old Javanese and Arabic. The text fell into relative obscurity for nearly 700 years from the 12th to 19th century, and made a comeback in late 19th century due to the efforts of Swami Vivekananda, the Theosophical Society and others. It gained prominence again as a comeback classic in the 20th century.

On the occasion of Sharadiya Mahotsav we would like to offer scholarships for MA Yog / /BSc Yog /Dip Yog deserving and talented students.Sri Adiyoga has already launched " Free PhD Entrance Preparation Course" for existing and new students who are getting enrolled for MA Yog 2021-23 courses. The scholarships will include support in fees " Partial Waiver or Full Tuition Waiver:".This will be available to deserving 25 students till 30 th October 2021 .For more details interested students can contact "Scholarship Program Office " at 9766016126